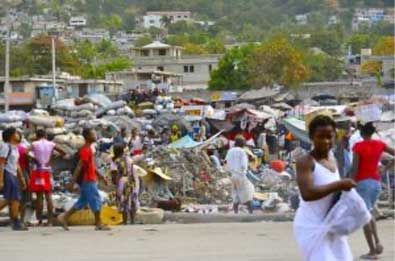 Somali President, Mohamed Abdullahi Farmaajo, has cancelled elections as his term is coming to an end with no indication of when, and if it will be reorganised. In the wake of this, extreme ideologies and politics have worsened leading to a sharp rise in influence for the Islamic fundamentalist group Al-Shabaab who are regaining support in the area and dividing the fragile nation.

Additionally, as of 9th February, the opposition in the nation’s parliament refused to recognise the authority of Farmaajo as he failed to disclose when the elections will take place. This is threatening to turn the balance in the country and regress to how Somalia was in the mid-late 1990s – early 2000’s. The situation is at risk of escalating as civil unrest is spreading throughout the Horn of Africa.

Mozambique is also suffering with an Islamic insurgency but unlike Somalia, where the political fracture is the main threat; it is mostly threatened by the lack of Foreign Direct Investment (FDI), which Mozambique is relying on for much needed support and development.

So far, the UN have said there have been 565,000 people displaced by the violence and unfortunately it seems that this trend will continue. Controversially the president has enlisted the help of private military contractors, which many in Mozambique have criticised. The population is questioning if the solicitation of these services, in a country where 41% are on or below the poverty line, is worth the money or is actually responsible for making the situation worse.

In the absence of increased international support, the country is buckling and it is uncertain how long the government can hold on to its delicate control. It is advised that organisations with assets should, if they have not already done so, consult with relevant advisors in guiding their actions in Mozambique as the situation unravels.

The day after our last security bulletin was posted on the TRIP Group website a coup took place in Myanmar, one of the world’s youngest democracies. The coup, was ‘justified’ by the military under the guise of electoral malpractice, in scenes eerily familiar to many observers. The history of military control in Myanmar is long and unsavoury. Even after the democratisation of the country, the parliament has permanently reserved 25% of the seats to military officials who will often vote as one, stunting any change that challenges them.

The reaction to the coup has been swift with the National League for Democracy calling for protests and a general strike nationwide, which has resulted in hundreds of thousands of businesses closing down in order to join the ever-growing protests. The military has been particularly violent with counter measures including the use of water hoses, live rounds and rubber bullets. Consequently, there have been hundreds injured and several killed.

In addition, the recent International Criminal Court trial, has seen Myanmar being accused of persecuting the Rohingya Muslims and other minority groups. These actions led to a mass exodus of these groups to neighbouring Bangladesh and other surrounding nations. As the current protests show no sign of letting up and the military’s grip on power is tightening, it is anticipated that more people will try and leave Myanmar. Further extreme action may be imposed on the citizens of Myanmar, which could put more strain on the wider region.

The world’s largest democracy is seeing continued disruption in the form of the Indian Farmer Protests. The farmers demands are centred around three recent laws made by the Indian government whose legality is being challenged for being hurried through without proper discussion between lawmakers and the relevant stakeholders. The main source of this controversy is with the agricultural workers, as they make up the largest section of the Indian working population (41.5%) and weren’t included in the discussions. Therefore, protest action is taking place in the form of demonstrations, sit downs, encircling political centres, blocking traffic outside and within major towns and cities.

After months of silence, Prime Minster Modi has made his opinions known about the protests and the encirclement of the Red Fort and said: “The nation was shocked to witness the insult of the Tricolour” and later endorsed and justified the new laws by saying “The government is committed to modernising agriculture.”

This has further antagonised the situation as it highlights the disconnect between urban and rural India, which makes it difficult for the two sides to compromise or reach a common goal.  These protests have already taken the lives of 248 farmers and with no sign of yielding, it seems that the protests may cause further disruption and disturbance to supply chains throughout India and beyond.

The security situation in Haiti is two-pronged. Firstly, the attempted coup, where several senior police officers, military personnel and a judge were found to be accumulating weapons to initiate an armed response to protests. These have been largely due to the incumbent President, Jovenel Moïse, disputing the interpretation of the constitution in regard to the end of his tenure in office which according to him and his party ends in February 2022. The opposition say the term should have ended on 7th February 2021.

The opposition have called for “civil disobedience” and this has resulted in large scale protests and unrest within the country. This, in turn, has led to a violent crackdown by the authorities with the use of both lethal and non-lethal methods.

Secondly, levels of violence in the country are higher than usual, which include a surge in violent gang crime and kidnappings. This has been made worse by a recent prison break in Port-au-Prince. Several prisoners escaped, including some of the most brutal gang leaders in Haiti. The Prime Minister has since stated that the authorities have recaptured forty escaped criminals. It is thought that the violent nature of those still at large is likely to add fuel to an already volatile situation, putting the future of peace and security in further doubt.

Gunmen, under the cover of darkness, have kidnapped 317 school girls from a boarding school in the town of Jangebe in Zamfara state on 26th February 2021.

It is believed the girls are being kept in the forests in the war-torn North East of the country where known groups such as Boko Haram operate. Although a rescue operation has been launched, the incident is already putting pressure on the current administration, who made an election promise to crackdown on banditry and militia activity.There are multiple militia groups still in control of areas in the northern parts of Africa’s most populated country. Organisations operating in or who have assets in Nigeria, will need to update their risk assessments and operating procedures in light of the current political and security issues.

Menu
Join TRIP
Cookies To make this site work properly, we sometimes place small data files called cookies on your device. Most big websites do this too.
Accept