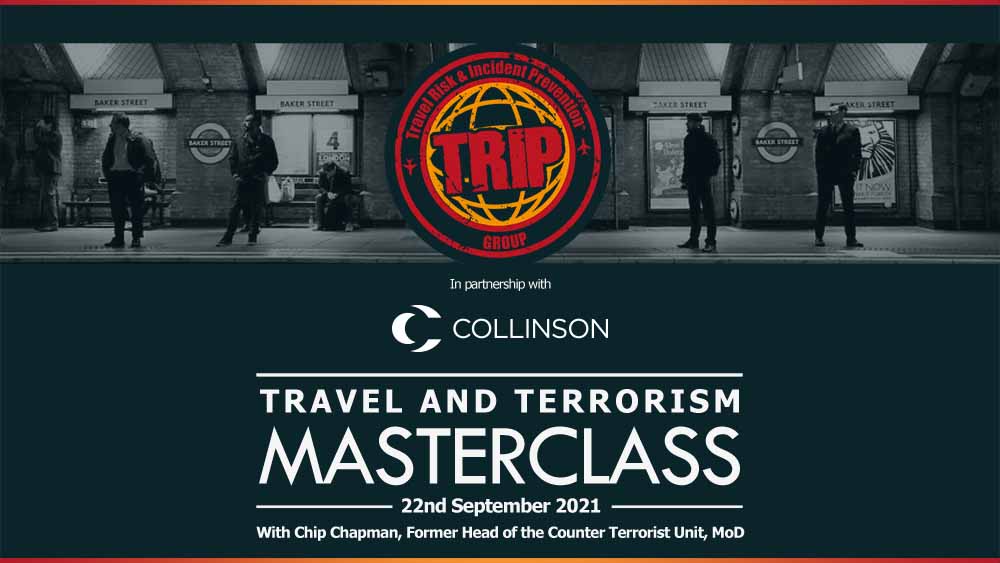 While the vast majority of travel is trouble-free, there have been well-documented accounts of terrorists deliberately targeting those who travel. High-profile attacks in places such as Luxor, Sousse and Brussels all targeted travellers. In this Masterclass, counter terrorism expert, Major General (Retired) Chip Chapman will examine the links between travel and terrorism.

Chip will analyse past terrorist events and identify the motivations, intentions and techniques employed by terrorists to carry out attacks. In the second part of the Masterclass, Chip will explore what we can do to better prepare our travellers and look at the future threats to travel from terrorists.

Chip is the former Head of the Counter Terrorist Unit at the UK’s Ministry of Defence. During his career Chip worked closely with UK and international agencies to counter international terrorist threats, including from Al-Qaeda and ISIS.

Chip’s military career concluded  with an appointment as Senior British Military Advisor to United States Central Command in Tampa, Florida responsible for geo-political and geo-strategic analysis and contingency planning in the Middle East, where he worked alongside General James Mattis. He retired from the military in 2013 after 33 years service.

Since his retirement, Chip has been a regular expert on TV and radio (Sky News, BBC News, CNN, RTE, BBC Radio stations and ITV Good Morning Britain)  as an analyst/commentator on terrorism, radicalisation, cyber, Counter-Terrorist policies and Middle East strategies.

The event is finished.

Please use our Contact form to ask our organisers any questions you may have about this event.

Already a member, Login below

Don't miss out on
this event

Our masterclass programs are designed to keep all of our members at the forefront of travel risk management. Informative, educational and interactive, we host four masterclasses a year with leading experts. Open to all of our full and partner members.