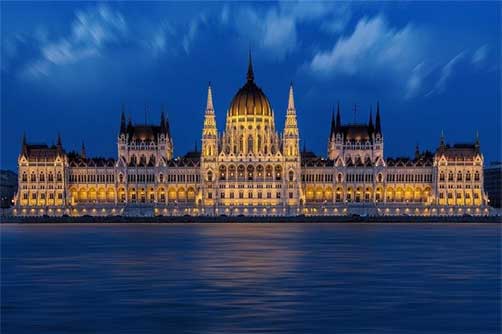 Lebanon in recent times has been pushed further back in the national discussion, or neglected entirely. But the significance of Lebanon, in acting as a microcosm of the complex politics of the Middle-East, needs to be addressed. Currently, Lebanon is dealing with civil unrest stemming from rampant corruption, hyperinflation, as well as the continued COVID-19 crisis to name but a few.

The populous have a distrust of government institutions providing aid, with many believing politicians and civil servants are looking after their own, rather than helping the country.  Therefore, Lebanese citizens are favouring private charity and NGOs to provide aid. Although, even this has recently come under scrutiny and subject to rumours of shady practises. Corruption is affecting every facet of society, with action plans failing to be implemented despite international approval of their mechanisms and structures.

As the unrest is rapidly becoming more severe, the police statistics for petty theft, car-jacking, other types of theft, as well as random acts of violence are reflecting the times. The costs for daily amenities increase to keep up with inflation, but isn’t adapting to the fact that salaries and wages are stagnating. Most foods have become a rarity and scuffles in supermarkets are commonplace. This is further intensified by the seemly easy access and use of firearms which sometimes are used to settle disputes.

This trend seems set to continue and even worsen. The TRIP Group recently sat down (virtually) with Senior Correspondent at The National UAE, Sunniva Rose. Sunniva is an expert in the region, reporting on the developments within the nation from her base in Beirut. We discussed the unrest and security situation afflicting Lebanon.

The government seems to be only just maintaining the subsidies for food but this is expected to be short-lived. As Sunniva says, “The Central Bank is running out of their [cash] reserves, as maintaining subsidies are becoming difficult because when shops do stock subsidised foods people buy to horde them.” She goes on to say, “they are worried prices are going to go up when the Central Bank can’t afford to subsidise them anymore and when that happens poverty will skyrocket. General tension and security issues are going to increase in parallel.”

It seems the government are hanging by a thread, painting a worrying future for Lebanon. Some analysts believe that Lebanon looks to be heading for Civil War, whereas others are predicting that the nation is too poor for war and that foreign interests will not manifest into military backing, unlike in Syria. It appears that Lebanon could disintegrate into different parts controlled by different groups.

As Lebanon slowly slips more into the classification of a failed state, the level of insecurity for all people in Lebanon will rise. The divisions within Lebanon are deepening, with national elections due to take place next year; time will tell if these forecasts will become a reality.

The trade war between the US and China has been well reported over the past four years, however, the Canadian connection has been somewhat underplayed. The Canadian and US governments are in a legal fight with Huawei and are holding Ms Meng Wanzhou, the CFO of that company under house arrest. She (Meng Wanzhou) and Huawei are indicted for a plethora of financial crimes, as well as corporate espionage and a potential breach of international sanctions against Iran and North Korea.

This is causing friction either side of the Pacific with allegations of unsubstantiated detentions, grounded in political differences. The arrest of Huawei’s CFO has generated a tit-for-tat response with China holding two Canadians since December 2018 on espionage charges.

In late March the two Canadians went on trial in a heavily protected court, as the authorities barred the entrance of foreign diplomats and journalists, calling into question the legitimacy and fairness of the process. If convicted, both face lengthy prison sentences.

This has coincided with Canada, the US, EU & UK all imposing sanctions on individuals and some Chinese state entities, as a reaction to the genocide and continued persecution of the Uyghur and other minorities in Xinjiang.

The trial of Huawei’s CFO is ongoing and whatever the outcome, it will undoubtedly have an impact on future diplomatic relations between various western countries, especially Canada and how it views China.

The situation in Venezuela has been exacerbated by the recent Covid-19 pandemic, which is now threatening to bring Venezuelan society to the brink of collapse once more.

This has been complicated by, (unsubstantiated) rumours over the side-effects of the AstraZeneca vaccine, as well as the sanctions imposed on Venezuela by some countries. Many citizens are starting to feel the impact, as the restricted flow of imports and exports takes hold.

Consequently, the Venezuelan Government has sourced and favoured the Russian and Chinese vaccines, ordering a combined 10.5 million doses. In a country where the democratic process is not always followed, it surely will concern observers that these actions by Russia and China could be seen as those countries trying to maintain a strong influence over the regime of President Nicolás Maduro.

For some, the incessant unrest and violence between the state and protests, as well as heightened gang activity has strained an already very tense situation on the Venezuela-Columbia border, as slowly but surely, the number of Venezuelan refugees is climbing once more.

Hungary has had a defiant political history in protecting its own sovereignty and it’s no secret that Europe has been experiencing a wave of some favouring the extreme-right of the political spectrum; Hungary has been no different.

The incumbent party, Fidesz, is slowly enforcing more and more nationalistic views within Hungarian society, also siding with authoritarian leaders and their practices.

Just a few days after many countries imposed sanctions on China, (mentioned above) the Hungarian Government welcomed the Chinese Minster of National Defence to Hungary to discuss the military and political co-operation between the two countries.

As a result, Hungary is coming under increasing pressure to align their laws and values with those of EU countries. Subsequently, the Hungarian Prime Minister is looking to start a counter movement, against the EU, that would resist these European values and laws and is looking for support among some already existing allies in other right-wing political groups internationally.

This situation has the potential to escalate, as this apparent wave of populist politics is threatening to potentially tip the stability of Europe, which will run counter to the original objectives of the EU to maintain peace and harmony between the member nations.